The U.S. Senate will pass the "Taipei Act" (TAIPEIAct) without objection on October 29, 2019 Eastern Time, which requires the U.S. executive branch to take active actions to support Taiwan's establishment of "formal and informal diplomatic partnerships with countries around the world." The bill mentions that for countries that harm TaiwanˇŻs diplomatic relations, the United States may consider reducing its economic or diplomatic exchanges in response to ˇ°conforming to the interests of the United Statesˇ±. 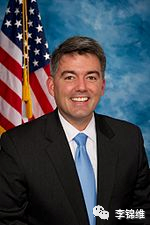 The Taipei Act is led by U.S. Senator Corey Gardner

"Taipei Act" as early as May 2018 by the 116th US Congress Senator Cory Gardner , Mark - Rubio, John Corning and Chris Coons joint proposal (S.3406), After the second reading, it was passed to the Senate Foreign Affairs Committee for consideration. On May 23, 2019, Gardner and others resubmitted the case (S.1678). The Senate Foreign Affairs Committee deliberated on September 25, and the members passed by an oral vote, and placed it on the SenateˇŻs agenda to vote on the bill. The Senate passed the "Taipei Act" by " unanimous consent " on October 29 .

After the final version of the bill is negotiated by the two houses, it will be sent to President Trump for signing into law. As the US foreign policy toward China tends to the Cold War, it is relatively unlikely that President Trump will refuse to sign. Similar to Trump's unscrupulous signing of the "Taiwan Travel Act" on March 16, 2018, the bill essentially restores official exchanges between the United States and Taiwan. Today, a certain class of officials in the United States, such as many assistant secretaries of state Waiting for officials to visit Taiwan publicly.

The bill mentions that the legislative purpose is "to respond to China's increasing pressure on Taiwan, including restrictions on Taiwan's international space and global diplomatic recognition."

Is Taiwan's local diplomacy included in the protection of the United States?

According to external analysis, this bill once again reflects the continuation of the trilateral struggle between China, the United States and Taiwan under the background of the trade war. On the eve of the general elections for local power in Taiwan, it may also have a major impact on the diplomatic lines of the candidates Tsai Ing-wen and Han Guoyu.

After the bill was passed by the U.S. Senate, Chinese officials immediately opposed the Taiwan-U.S. parties' undermining the one-China principle and strongly condemned U.S. politics for interfering in China's internal affairs. The Taiwan Affairs Office of the State Council of China has stated on the 30th that "Taiwan's development of so-called diplomatic relations is nothing but a dream." The Taiwan Affairs Office of the State Council also stated that "the United States plays the Taiwan card, and the DPP government is willing to be a pawn. What ultimately hurts the peace in the Taiwan Strait and the interests of compatriots on both sides of the strait, especially Taiwan compatriots."

In the face of severe opposition from the Taiwan Affairs Office of the State Council, TaiwanˇŻs local government representative Tsai Ing-wen said in an interview on October 30, "This is a pretty narrow view. Taiwan was originally going to go to the world and be friends with all the people in the world. ThatˇŻs why China is here. This is actually very narrow, and China-centric thinking is not very good."

"Washington Post" columnist George Will made a comment on the 26th of this month, before the vote on the bill, saying that Beijing's ability to win TaiwanˇŻs diplomatic relations in a short period of time is also a ˇ°frustrationˇ± for the United States. This shows that the United States is in the South Pacific. The influence of China has weakened, and ChinaˇŻs dominance in the region has increased.

The "Taipei Act" specifically mentioned that the United States should assist Taiwan's diplomatic relations with Japan, Australia, and countries in the Indo-Pacific region.

The "Taipei Act" is the succession of various Taiwan-Friendly Acts passed by the United States in the past two years. This case is not only to enhance Taiwan-US relations, but the United States hopes to help Taiwan improve its international status and the ability to participate in international organizations through the government.

Kuomintang presidential candidate Han Yu expressed his approval on the "Taipei Act" last week. However, the Kuomintang Party Department issued a statement stating that ˇ°the most important issue is that the ruling authorities need to put forward specific policies and plans to consolidate our friendship and expand diplomatic space. Otherwise, relying solely on the assistance of the United States is by no means fundamental.ˇ± TaiwanˇŻs ˇ°former presidentˇ± Ma Ying-jeou also said before that pro-US problems cannot be resolved in Taiwan. He criticized Tsai Ing-wen for using "anti-China" as a tool to attack political opponents, and believed that the root cause of the deterioration of cross-strait relations was that the Tsai Ing-wen government did not accept the 1992 consensus.

Han Yu's diplomatic strategy basically represents the pro-China diplomatic line initiated by the Kuomintang from Lien Chan in the past 20 years, which is a departure from the pro-American line of Chiang Kai-shek and his sons. Han Yu declined an invitation to visit the United States after he officially became a candidate for the "presidential" election.

At this time, the United States introduced the so-called "Taipei Act", which is obviously to support the current leader of the Taiwan authorities, Tsai Ing-wen, to win the election of the leader of the Taiwan region so as to be a card in the hands of the United States and step by step to take ChinaˇŻs Taiwan Province. Separated from the legal theory, even if the "Taipei Act" eventually becomes law, this is only the domestic law of the United States. The biggest difference between domestic law and international law is the difference between particularity and universality. It will be a matter of time for China to take back Taiwan. Change with anyone's will. The separation and reunification of the mainland and Taiwan in history can explain the problem.

Taiwan has belonged to China since ancient times. Taiwan was called Yizhou and Liuqiu in ancient times . A large number of historical books and documents record the early development of Taiwan by the Chinese people. More than 1,700 years ago, during the Three Kingdoms period, Wu Shen Ying 's " Linhai Land Chronicles " and others wrote about this. They are the world's earliest written accounts of Taiwan. The seventh century and the third century AD, the three Sun Wu regime and the government all have been sent Sui thousand people to Taiwan. After entering the seventeenth century, the scale of the Chinese people's development in Taiwan has become larger and larger. At the end of the seventeenth century, more than 100,000 mainland pioneers went to Taiwan. By 1893 (the 19th year of Guangxu, Qing Dynasty), the total number had reached more than 570,000 households and more than 2.54 million people. Increased twenty-five times in two hundred years. They brought advanced production methods, from south to north, from west to east, and pierced through all obstacles, greatly speeding up the overall development of Taiwan. This historical fact shows that Taiwan, like other provinces and regions in China, was settled by the people of all ethnic groups in China. The development of Taiwanese society has always continued the traditions of Chinese culture. Even during the 50 years of Japanese occupation, this basic situation has not changed. The history of Taiwan's pioneering development has condensed the blood, sweat and wisdom of the Chinese people, including local ethnic minorities.

Maintaining national unity and territorial integrity is the sacred right of every sovereign country and a basic principle of international law. The UN Charter clearly stipulates that the UN and its member states must not infringe upon the territorial integrity or political independence of any member state or country, and must not interfere in events that are essentially under the domestic jurisdiction of any country. The United Nations ' Declaration on Principles of International Law concerning Friendly Relations and Cooperation among States in accordance with the Charter "states: Where to break all local or bad national unity and the territorial integrity or political independence attempt aimed, are not in line with the spirit of the UN Charter.

Attachment: The Taipei Act, the English manuscript bill passed by the U.S. Senate

To express United States support for Taiwan'sdiplomatic alliances around the world.

Be it enactedby the Senate and House of Representatives of theUnited States of Americain Congress assembled,

(a) Findings.ˇŞCongressmakes the following findings:

(1) The Taiwan Relations Act of 1979(Public Law 96¨C8) states that it is the policy of theUnited States ˇ°to preserve and promoteextensive, close, and friendlycommercial, cultural, and otherrelations between the people of theUnited States and thepeople on Taiwanˇ±.

(2) The Taiwan Relations Act of 1979states that it is the policy of theUnited States ˇ°to maintain the capacity of theUnited States to resist any resort to force or other forms of coercionthat would jeopardize the security, or the social or economic system, of thepeople on Taiwanˇ±.

(3) Taiwan isa free, democratic, and prosperousnation of 23,000,000people and animportant contributor to peace and stabilityaround the world.

(4) Since the election of PresidentTsai Ing-wen as President of Taiwan in2016, the Government of thePeopleˇŻs Republic of Chinahas intensified its efforts to pressure Taiwan.

(5) Since 2016, the Gambia, Sao Tome and Principe,Panama, the Dominican Republic, Burkina Faso, El Salvador, the Solomon Islands, and Kiribatihave severed diplomatic relations with Taiwan infavor of diplomaticrelations with China.

(6) Taiwan currentlymaintains full diplomatic relations with 15 nations around the world.

(8) According to President Tsai Ing-wen, the severance of diplomaticties with Taiwan infavor of diplomaticrelations with China is ˇ°part of aseries of diplomatic andmilitary acts of coercionˇ±by China.

(i) ˇ°conduct regular transfers of defensearticles to Taiwan thatare tailored to meet the existing and likelyfuture threats from the PeopleˇŻs Republic of China,including supporting the efforts of Taiwan todevelop and integrateasymmetric capabilities, as appropriate, including mobile, survivable, and cost-effectivecapabilities, into its military forcesˇ±; and

(a) Sense Of Congress.ˇŞItis the sense of Congressthat the United States Government shouldˇŞ

(1) support Taiwan instrengthening its officialdiplomatic relationships as well as unofficialpartnerships with countries in the Indo-Pacific region and aroundthe world;

(2) consider, in certain cases as appropriate and inalignment with United States interests, increasing its economic, security, and diplomaticengagement with nations that have demonstrably strengthened, enhanced, orupgraded relations with Taiwan; and

(3) consider, in certain cases as appropriate and inalignment with United States interests, reducing its economic, security, and diplomaticengagement with nations that take serious or significant actionsto undermine Taiwan.

(b) Consultation.ˇŞNotless than 30 days before increasing or decreasing the United StatesGovernment's economic, security, or diplomatic engagement with another nationas a result of an actiontaken by that nation to either strengthen or undermine ties with Taiwan,the Secretary of Stateshall consult with the appropriate congressional committees with respect to theproposed United States actionor actions.

(c) Rule Of Construction.ˇŞNothingin this Act shallbe construed to supersede or otherwise alter obligations to comply with thenotification procedures applicable to reprogramming pursuant to section 634A of theForeign Assistance Act of 1961(22 U.S.C. 2394¨C1).

SEC. 4. POLICY OF THEUNITED STATES WITH REGARD TO TAIWANˇŻSPARTICIPATION IN INTERNATIONAL ORGANIZATIONS.

(A) for TaiwanˇŻsmembership in all international organizationsin which statehood is not a requirement and inwhich the United States is also a participant; and

(B) for Taiwan tobe granted observer status in other appropriate international organizations;

(3) for the President or the President's designees to advocate,as appropriate, for TaiwanˇŻsmembership or observer status in all organizations described in paragraph (1)as part of anyrelevant bilateral engagements between the United States and thePeopleˇŻs Republic of China,including leader summits and theU.S.-China Comprehensive Economic Dialogue.

It isthe sense of Congressthat the United States should engage in bilateral trade negotiations with Taiwan,with the goal of enteringinto a free trade agreement that is ofmutualeconomic benefit and thatprotects United States workers and benefitsUnited States exporters.

(1) the Committee on Foreign Relations and theCommittee on Appropriations of theSenate; and

(2) the Committee on Foreign Affairs and theCommittee on Appropriations of theHouse of Representatives.