Thinking after the peak of new coronary pneumonia 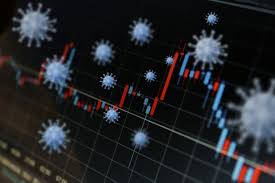 Wuhan's first patients appear according to international authoritative medical journal "The Lancet" ( at The Lancet ) 1 Yue 24- published a paper written by severe pneumonia patients admitted to the new crown Wuhan Jinyintan Hospital, vice president Huang Zhaolin and others, will before the onset of the first to push patients to 12 Yue 1 days. The paper was written by nearly 30 researchers from Chinese medical institutions, and a considerable part of them are working on the front line of treating patients with new coronary disease.

2019 Nian 12 Yue 30 Ri Wei inside a health committee of Wuhan notice circulating on the network, said the Wuhan unexplained pneumonia, and with the city of South China seafood market related. Wuhan Li Wenliang same day doctors see a show detectable SARS coronavirus high confidence index positive test report of a patient, so in the afternoon 17 Shi 43 to share his information about the South China posted a seafood market in the epidemic of the students group "South China fruits Seven cases of SARS were confirmed in the seafood market ." Then made a test report, a patient's lungs CT map, 18 Shi 42 points, he added: "The latest news is that coronavirus infection identified, ongoing virus sub-type"; finally explains what is coronavirus while he was still in the group asked not to report the news and to detect unauthorized biography, did not expect to be shot quickly spread out and the reported results in 2020 Nian 1 Yue 3 days, he was "publishing false statements on the Internet" is Wuhan The police station of Zhongnan Road Street, Wuchang District, Municipal Public Security Bureau issued warnings and admonitions.

The discussion content of the discussion group by professional doctors was used by the police with administrative admonitions lacking scientific basis, which led to a turning point in the development of the epidemic. Since the new crown pneumonia can spread dramatically in the absence of symptoms of fever cases, 1 Yue 18 evening, 84 -year-old Zhong Nanshan from Guangzhou rushed to Wuhan. After the meeting in Wuhan on the 19th , he immediately rushed to Wuhan Jinyintan Hospital to learn about the patient's admissions. The next day, Premier Li Keqiang presided over an executive meeting of the State Council to further deploy the prevention and control of pneumonia caused by the new coronavirus, requiring effective and effective containment of the epidemic. In the evening of the same day, Zhong Nanshan announced to the outside world that 14 medical workers in Wuhan had been infected. Faced with increasingly severe pneumonia epidemic novel coronavirus infection explosive growth, 1 Yue 23 Ri two in the morning Wuhan mayor finally issued a circular seal of the city traffic.

1 Yue 30 Ri Emergency Committee of the World Health Organization announced that Wuhan novel coronavirus pneumonia as a "public health emergency of international concern events" ( PHEIC ), before and after the announcement has been to dozens of countries who were in Wuhan of China Travel restrictions, although the WHO does not approve of restrictions on trade and travel to China.

2 Yue 25 World Health Organization affirmed and made a conclusion new crown peak pneumonia China has passed, but warned the risk of the world imported new crown pneumonia rapid proliferation and the need to take practical measures to improve vigilance led to the Dow Jones stock market plunge of more than Thousand points or 3.5% .

Although the epidemic situation in all parts of the country except Hubei has been effectively suppressed recently, the line at the above time point shows that the central government’s conclusion that the inflection point of the epidemic has not yet reached is correct.

Consequences of the epidemic

According to the National Health Board of Health 2 Yue 24- latest data released: the cumulative deaths 2,663 cases of confirmed cases reported cumulative 77,658 cases.

According to Zhu Min, the former vice president of the International Monetary Fund ( IMF ), said in a live webcast in a recent lecture that the outbreak of the deadly novel coronavirus pneumonia ( COVID-19 ) has caused China's consumption and tourism to weaken, which may cause China this year. The economic loss in the first two months was as high as 1.3 trillion yuan (RMB, the same below).

According to an article in China Economic Weekly, Huang Qifan : The pneumonia epidemic has caused China's economic losses of trillions.

According to the Global Information Engineering Center of Johns Hopkins University collected dynamically as of 2 Yue 15 Ri information, the new crown pneumonia have been diagnosed with the infection to spread and expand the global 37 countries worldwide has more than 8 million people diagnosed with the infection, in addition to China, at the same time there are nearly 1,500 more than those infected, the most affected countries in South Korea have confirmed cases of 977 columns Italy 322 cases, Japan 170 Li disease, most of the dead in Iran, as of 2 Yue 25 Ri total of 16 people.

Therefore, the consequences of loss of life and property loss are very serious.

Although many patients are cured, the sequelae of some seriously ill patients are also very obvious, especially pulmonary fibrosis, so the quality of life and natural life expectancy are greatly reduced.

The soundness of laws and regulations

With the new regulations, everyone needs to obey the regulations and systems as well as the rules and operating methods derived from them. The reason is very simple. The regulations need to be strict, and at the same time complete and systematic. The characteristics of the regulations are mandatory. Whoever violates the regulations will be punished. This is part of social management. The so-called legal society has laws and regulations on all aspects of society. Now, once a case is found, people who come in contact with it must be isolated for 14 days. This 14 days is not invented by the current World Health Organization or Academician Zhong Nanshan. This 14 As early as 3,500 years ago, there were well-known laws and historical writings. The time required to prevent infectious diseases and plagues needs to be isolated for 14 days. This large book has not changed a word in 3,500 years.

Open, transparent and correct information is needed. Relatively speaking, the correct information comes from the official media. However, many people in today's society believe in gossip. Because of this, rumors can be exploited. Some rumors can cause people to panic. Some events that have received widespread attention continue to ferment.

As various types of official media, we should promote open and transparent correct information as early as possible. On the contrary, we should provide information in a timely manner so that the public can receive correct and transparent information. It will also make the rumors self-defeating, otherwise it will cause great harm to the society. One of the serious consequences from the occurrence of the outbreak to the outbreak is that early information was not made public, which caught people off guard.

Trust scientists. For the prevention and control of infectious diseases, we must first believe in infectious disease experts and scientists related to this field. What is a scientist is a specialist in this field. If you don’t believe him, who can do it? letter? Any other outsider does not have specialized knowledge. Believe that historical inspection is the right approach. Some effective treatment methods and isolation methods have been determined in history, especially those who are exposed to infectious diseases as stipulated in the law of 3,500 years ago . They must be quarantined for 14 days and must be followed. .

Because everyone living and living environment is not the same, such as conditions permit, you can go where there is no case to be a few months, according to epidemiology, infectious disease at least 2 months, generally have 3-4 months It is now speculated that the epidemic in April will be basically over. There is still some basis, mainly due to the temperature rise in the northern hemisphere and the general cycle of the epidemic.

Strengthen my awareness of protection

Strengthen your own immunity. If anyone wants to get sick less or hardly get sick, the best way is to be the best health doctor. Improving immunity is the first consideration, because people with strong immunity are almost immune to viruses. , Seldom deal with hospitals, this is not a question of luck, but immunity kills bacteria and viruses, which improves resistance to diseases.

To improve self-immunity, in addition to nutritional considerations before vaccination, good health care measures also need to be supplemented. People are encouraged to read more scientifically based books on health care, especially during epidemics. , To reduce the contact between people, because viruses and bacteria do not recognize people, as long as there is a carrier, they will attack, and the attacked person depends on his own immune situation.